Appointments available
How to get to ANTIBES
4 rue Vauban, 06600

Directions from the Railway Station

Cross the road directly in front of  the station, it is called   at the end there is a roundabout, take the road on the left called rue   at the end is a small roundabout. Directly across this is the start of rue Vauban. You will see a restaurant in the corner called La Famiglia.

Walk up this road, pass the car parks on teh left and continue as the road becomes a little slope uphill. about 10 meters before the end of the road on the left is number 4.

english osteopath is on the ground floor and has a big front window with our name on it.

Directions from the Port

Walking from the port.

Follow the road around the port direction Casino/Italy. When you enter the pedestrian tunnel, take the lift to the Casino…

From the Monte Carlo Casino/ Casino Square
With the Casino directly behind you walk north to the tourist information building. Opposite this is the Passagerie de l’ Ancienne Poterie, go up here and cross the Boulevard de la Princess Charlotte, in front of you to your right is a sign saying Beausoleil, walk up here past the bank, at the pharmacie, turn left walk 60 metres and you come to a T junction with another pharmacie on the corner also with steep steps in the middle.
This is Avenue du General de Gaulle, with steps in front of you turn right, there is a health food shop on this corner, pass this shop, the patisserie next to it and then another 60 metres along here after the vets, and the hairdresser is Us !! note we are 11b   not 11.

Who needs a medical certificate?

APPROVED DOC in ANTIBES.  The medical exam is set to establish whether or not anyone working on a seagoing vessel, such as a private or charter yacht, has any medical conditions that might cause him or her to be unable to perform certain duties at sea.

For obvious safety reasons, insurance companies require that yachts comply with safe manning requirements in order for the yacht to be insured. This means that all crew must be fully STCW compliant and to obtain an STCW certificate you will have to have completed a Seafarers Medical exam.

In short, to obtain work on a yacht, you will have had to pass your Seafarer’s Medical at some stage.

While it isn’t a requirement for actual crew training, it is a good idea to do the medical before you start training in order to identify any of these medical conditions that could prevent you from working in the yachting industry. You wouldn’t want to spend money on sailing courses only to fail the medical afterwards.

Please note we do not offer sexual health testing or contraception  services in the clinic, but…

..here is the information you need.

SEXUAL HEALTH
There is a free drop in service in Antibes for all sexual health testing, plus emergency contraception. So if you do need to use these services the address is
CeGIDD, 2067 chemin de Saint Claude, Proxima Batiment B, 3rd floor, Antibes.
They are only open 2 days a week. Tuesdays and Fridays from 10am to 3.30pm. phone number is 04 89 04 35 69 but you don’t need to make an appointment.
If you are in Nice or Monaco (Menton);https://www.departement06.fr/depistages/cegidd-06-11096.html

How long do I need to wait for an available appointment

You can book online and get an appointment to suit your working schedule.
If we see that we are fully booked we may be able to open up additional slots.

Please only phone us if it is urgent that you need a medical exam and can not find one available before your departure.
It is possible for the examination to be performed on your vessel, but this will incur additional costs.

Is this a valid Medical Certificate?

Our doctor is approved by the The Norwegian Maritime Authority (NMA)

The Seafarer Medical Certificate issued by the Norwegian Maritime Authority is based on the STCW and MLC Conventions.

Most people in this part of the world refer to the Seafarer Medical Certificate medical certificate as the ENG1, which is factually incorrect.

We issue the Norwegian Maritime Authorities’ one. The MCA and NMA have a mutual agreement to recognise each others medical certificates.

How much does it cost?

You can pay by cash or cheque or bank transfer

A receipt will be given.

Who will certify me?

Dr Michel Lauzel carries out all the examinations, he is an approved doctor for the Seafarer’s Medical Certificate.
He is bilingual, english/french and although born in France, is a UK national.

He is utterly charming and does his best to ensure that all crew understand the seriousness of the medical certificate, even though to a crew member who is young, fit and healthy, it may appear an expensive and futile exercise.

Do you do DRUG or Substance Abuse Testing?

We can test in our clinic or onboard. The tests used are urine tests that are used in many treatment centres, hospitals and in medical centres worldwide. They comply with CE (European Community) and FDA (United States) rules and regulations.

Stage one, A 5 minute urine dip test/screening.
Stage two, Any positive result shown can be properly packaged using a strict chain of custody procedure and then sent to the laboratory at Centre Hospitalier d’Antibes Juan-les-Pins  for independent testing. Results will be categorically negative or positive. 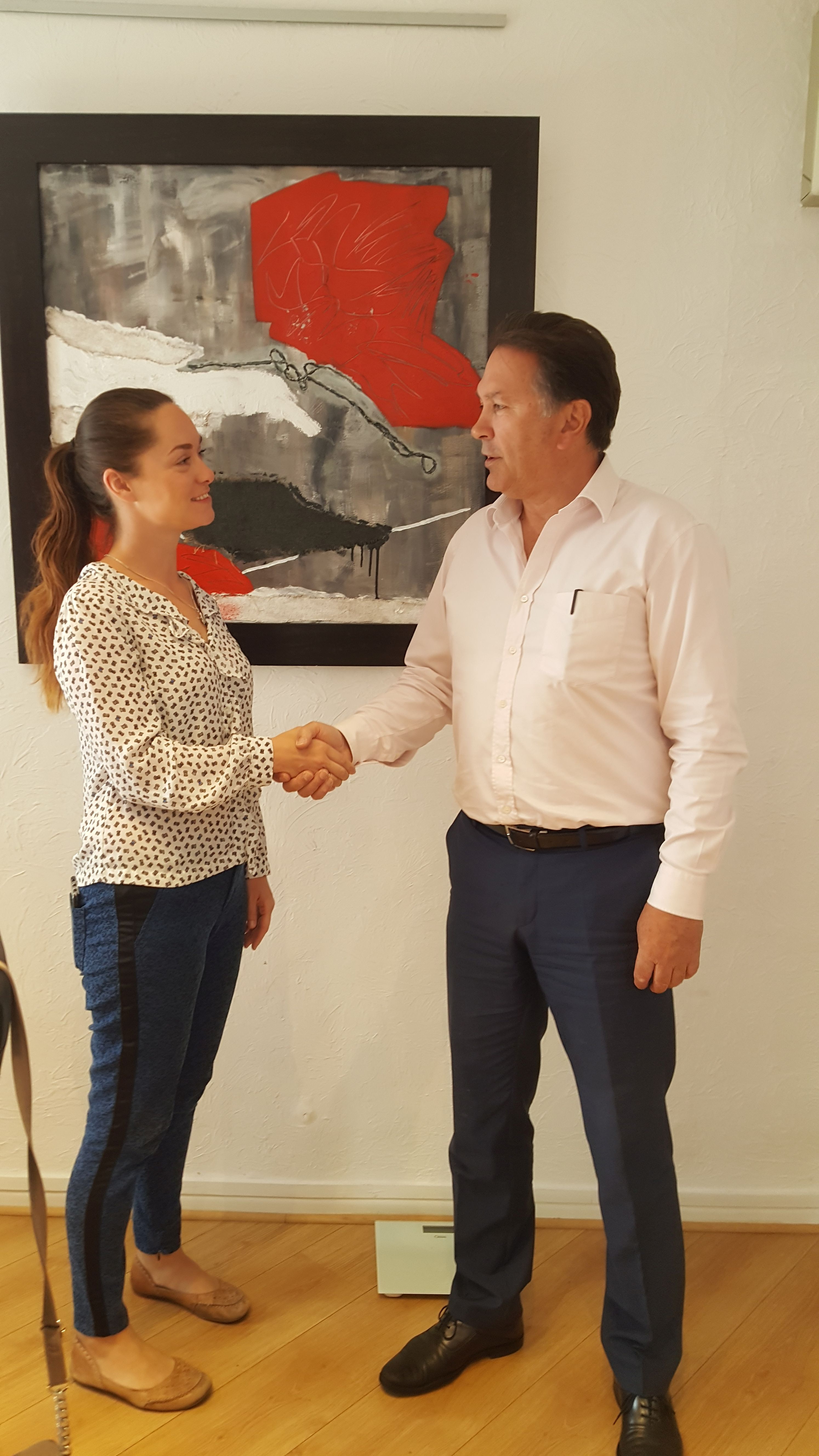 Dr Lauzel and a Seafarer

How long is it valid for?

The maximum validity of the Seafarer Medical Certificate is two years. The medical must be carried out by an approved doctor following a full medical examination.

In our clinics we have a doctor who has beeen ‘approved’ to conduct these examinations and issue these certificates. There are certain restrictions that mean some seafarer’s may need a renewed medical examination every year.

What to bring on to your appointment

You will be advised to visit a dentist if you have not done so in the last 12 months.

What does the Medical Exam involve? 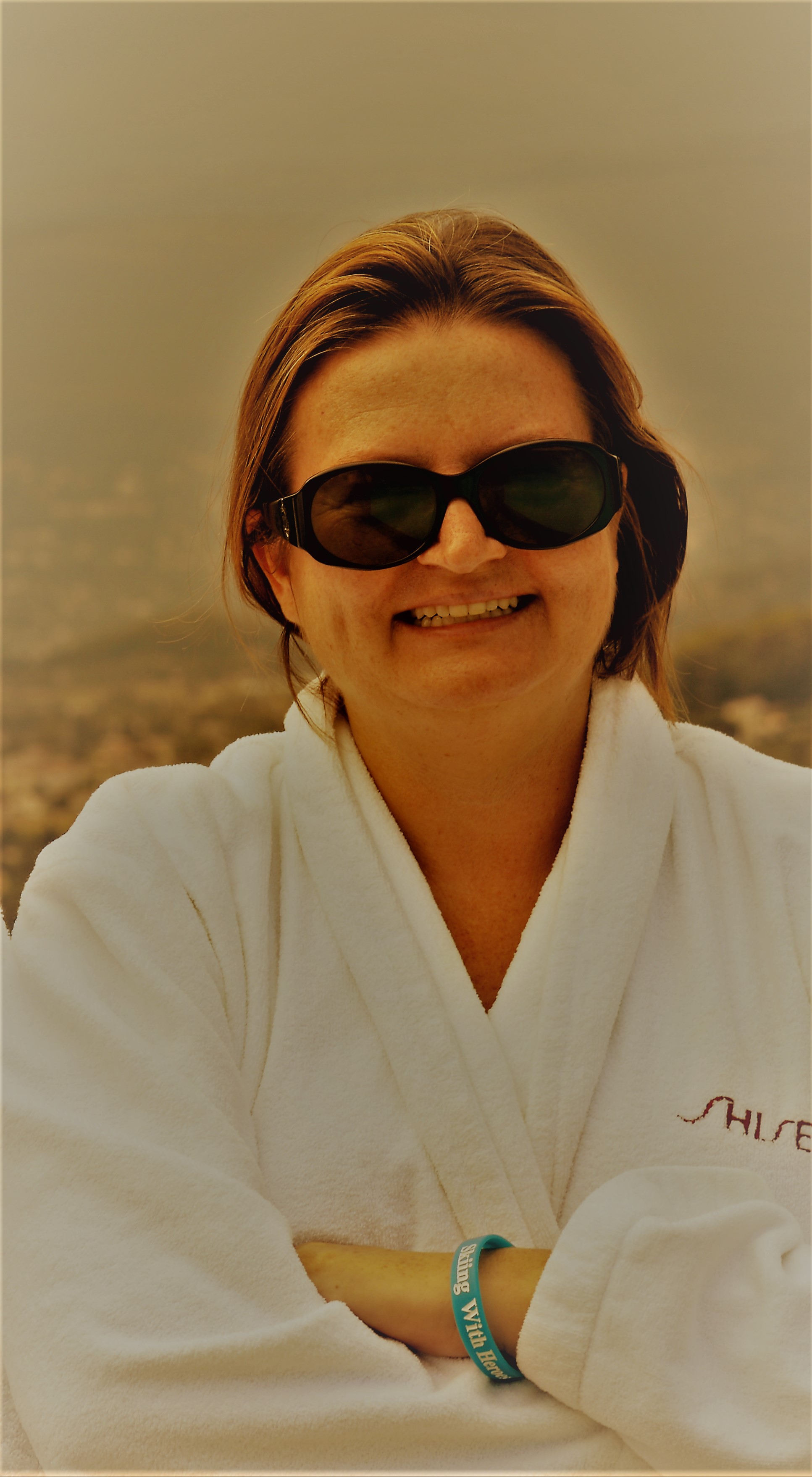 Rachael  set up the english osteopath clinics in 2002.
Rachael decided to become an osteopath after being temporarily paralysed for 6 months following a sports accident. It was an osteopath that finally got her walking and even though at that time she was working her way up the commercial career ladder in huge publishing companies (The Daily Mail General Trust and The BBC) and had just attained the promotion of Publisher, she gave it all up to go back to University and complete the 5 year course at the British School of Osteopathy.

She moved to France in October 2001 and opened the clinic in Antibes in January 2002. The Monaco clinic opened in March 2010. With them both being so popular she is thinking about opening her third…

Rachael is a product of her environment! She comes from a family that has huge links to their community.  As a child her parents made  her go and visit old people who had no visitors or family. This was no hardship as they would give her presents and chocolate… as she got older her commercial streak took over and soon she had a lot of elderly ladies knitting jumpers on demand for her school friends. This gave the old ladies something to do, all the teenagers got handmade jumpers and Rachael made a profit.

When Rachael moved to France she set about creating a charity whereby babies and small children who may otherwise not get to see an osteopath, could visit one for free. This charity, Osteos du Coeur, which she formed with 4 french osteo friends ran for 5 years until it merged with the Croix Rouge in Antibes and now is much bigger and has wider coverage. Whilst she was President of the charity she was honored with a national award for the Prix des Femmes (Womans’ Prize) This is where the public choose which female has made the biggest contribution to their community. After a few rounds of voting Rachael was a finalist and was flown to Paris and given a cheque for 1000 euro. She remains the first and only British woman to have been honored in this way.

Skiing with Heroes is a UK registered charity which takes medically discharged members of the armed forces and teaches them to ski, or to learn again as an amputee. Then the real work kicks in with the one on one Mentoring that each soldier is given to find jobs/careers for the veteran skiers. So far it has a 100% success rate.

Rachael is on the Committee and heads up the medical team. Her role is to keep these soldiers safe as they go skiing, without eyes,legs and arms.  She is involved from the initial recruitment of the skiers and has to make the tough decisions as to whom to take on an incredibly oversubscribed event. It’s a year long task for a weeks safe skiing.

As an osteopath Rachael works very ‘structurally’ She is an ace manipulator, and has over 15 years clinic experience.  She uses the acupuncture techniques of ‘dry needling’ to great effect and is also very experienced with cranial osteopathy. Stretchy tape or Kinesio tape is often used to also help reinforce the osteo work.

Personally Rachael loves to ski and box, and kayak and hike. She always has a dog with her, which is why the clinics are dog friendly! She has recently started making websites (like this one) and is morphing into a techno geek.
Her current charities are:
Osteos du Coeur
Skiing with Heroes 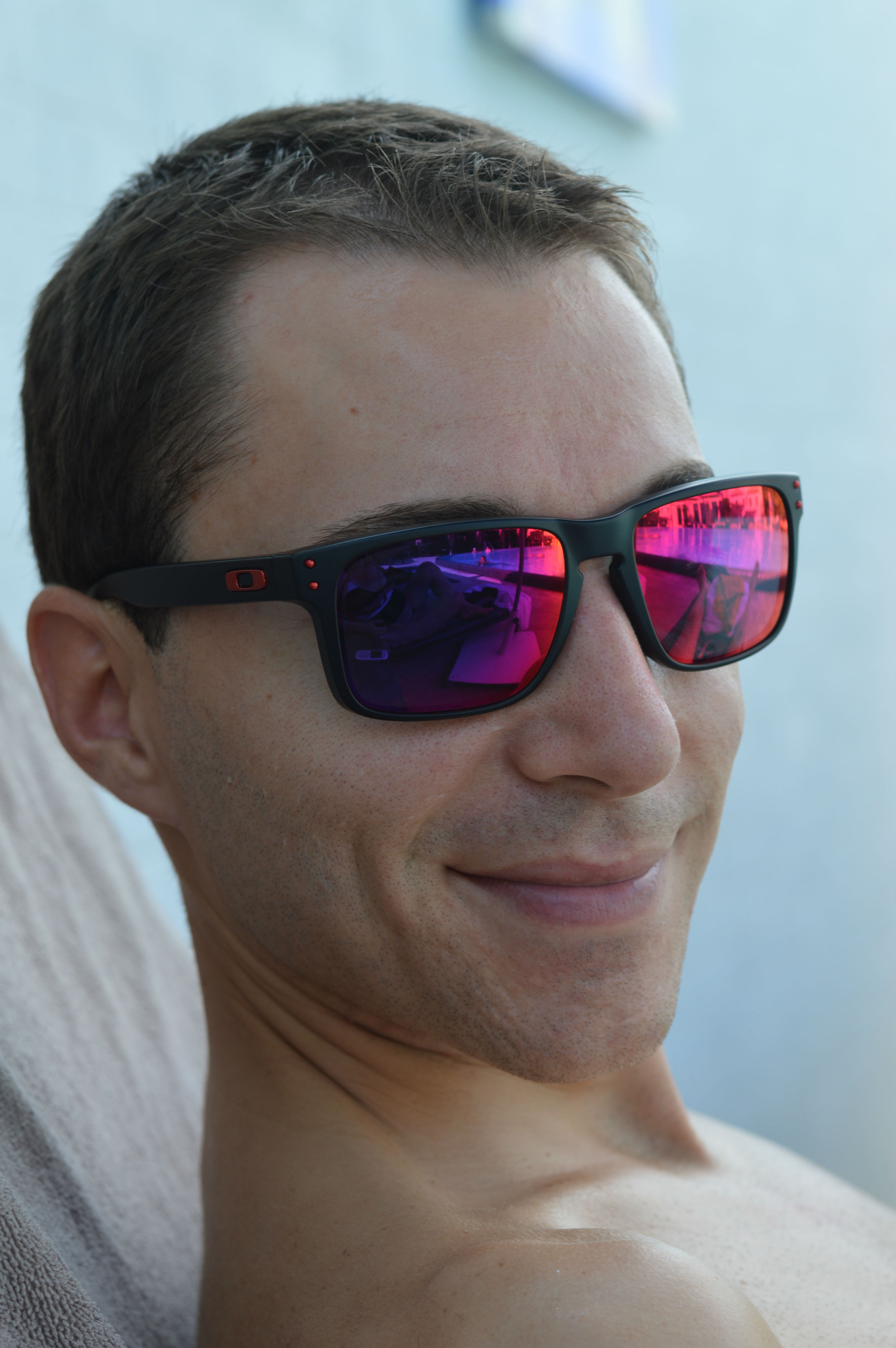 Romain joined our team in 2010 and now works in our Antibes Office
He is the hardest working member of our team because he owns an osteopathic clinic in Marseille and at weekends and Monday mornings he works there too.

He is uber fit and a keen sportsman. Because of his history of playing competitive tennis he is really interested in sports injuries as he has seen and experienced most of them.

Romains biggest and darkest secret is that he was on the National French team for Ballroom Dancing. He maintains that he only did this through parental pressure and that the positive side was that it enabled him to be highly sought after with the opposite sex. !!!

Romain has won the accolade of being the osteo that talks the most!, and he has very stiff competition from the girls. Patients refer to him as ‘the chatty one’. 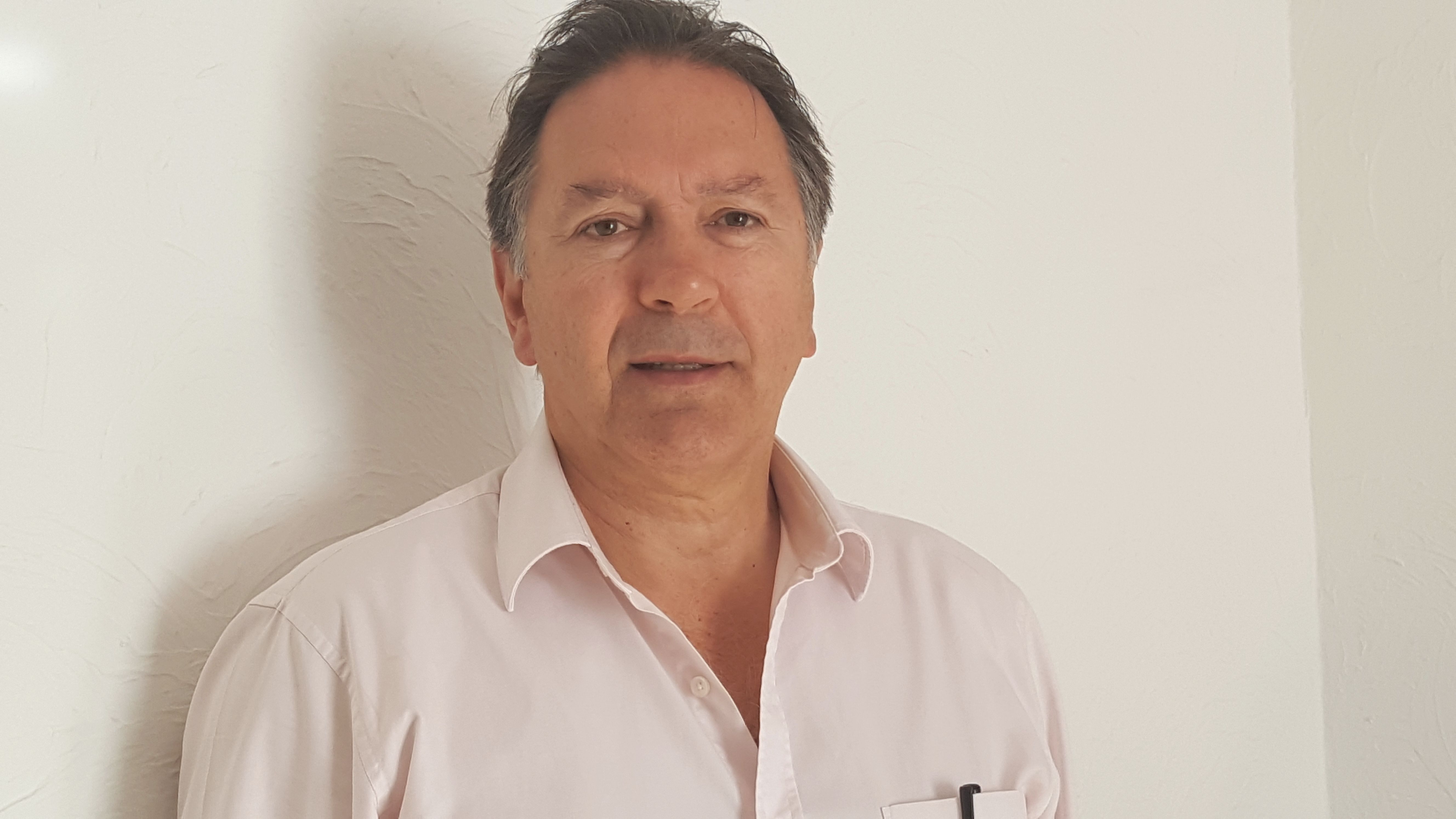 Dr Lauzel is a French born UK National and is bilingual English & French. He is utterly charming and approved by the Norwegian Maritime Authority to undertake Seafarer Medicals and issue these Certificates.  He is registered with both the Conseil de l’Ordre in France and the General Medical Council in the UK.